Providing Care for Your Loved Ones

If you’re looking for trusted assistance to enable you or a loved one to age gracefully at home, we can help.

Read more about our amazing team

Did you visit us today because you:

a. Were recently discharged from the hospital and need temporary assistance to ensure you heal completely?

b. Had a “close call” accident and realize that now is the time to have some extra care?

c. Are being pressured by out of state family members to move into a care facility but you want to stay in your home?

d. Have an ageing parent who needs your assistance at a level beyond what you can personally provide?

e. Want to interview a care agency so that when the time is right, you know you have a solution you can trust?

The great news is that if any of the above apply to you, then you’re in the right place.

We’re here to love and serve our community in accordance to our high calling.

Agape In Home Care was founded by Pastor Alexis Ruhumuriza and Tim Cooke after both felt a calling on their lives to serve the elderly while following their belief in the missional call to serve the community in a way that fulfills the church’s responsibility to increase the Spiritual, Social and Economic capital of the neighborhoods where we live, work, learn or play.

Provide the highest quality care to the elderly allowing them to stay in their homes.
Give families of the elderly peace of mind that their parents have the best care available.
Provide job opportunities to the underemployed that allow them to advance into the vision God has for their life.

Based on Biblical Principles

We realize that we may not appeal to everyone and that’s ok. However, if you want the very best for your loved ones provided by a company founded on the Biblical principles of honesty, compassion and trust then we would love to meet with you to discuss your unique needs.

As an added bonus to ensuring your loved ones will be cared for by those who hold themselves to a higher standard, you will also enjoy knowing that a high percentage of company profits are reinvested into the lives of our staff to pursue their God-given purpose on Earth. Our caregivers are handpicked to ensure they feel in their hearts that caring for your loved ones is not just a job but rather a calling… a high calling.

Many of them are also aware that God has a greater call on their life which may be to become a registered nurse, a doctor or dentist and our unique “Vision Fund” will aid them in pursuing their own dreams. Knowing that by serving you, they are simultaneously getting closer to the purpose that God called them to is empowering. And you can feel great that a portion of your fees for our service will go toward improving the life of another.

We responded to God’s call on our lives to create a company that could serve the elderly while simultaneously serving those who have a higher calling on their lives through their vocation. Is it a relief to you to know that there is an elder care agency who shares your beliefs in faith, hope and love… Agape love? Does it excite you to know you could choose a company who not only provides the highest level of care to your loved ones but does it in such a way that they are enriching the lives of the ones providing care? If so, please call us today to learn more.

Our caregivers are the best in the industry because they are led by a passion to serve and because they know that taking care of your loved one is more than just a job. For them, it is a calling. Agape stands for love and not just any form of love but rather God’s unconditional love. That is the form of love that our caregivers are excited to share on a daily basis. They are screened from the beginning for this trait and it is reinforced in all our training and messaging.

There is a thriving service community in our area made up of refugees and immigrants who are beyond grateful to be in America and want nothing more than to become a part of our thriving culture and to give back to the community and show appreciation through their service. The majority of our care staff come from around the world and are excited to serve their new country by caring for its ageing population.

Our staff has many choices as to which in home care agency they work for, but they choose Agape In Home Care for several reasons.

1. Our mission aligns with their mission to love and care for others with the love of God.

2. We monitor pay rate data and are committed to staying above the average

3. We strive to provide the best benefits package in the industry

4. We provide training opportunities with the express purpose of helping our caregivers advance in their career and earning potential

5. In addition to pay and benefits, Agape In Home Care has created the “Agape Vision Fund” used to fuel their journey of God’s calling on their life

What many don’t realize about many international employees in our service economy is that they were often certified in a separate profession in their country of origin. Many were accountants, nurses, paralegals, teachers or technicians. Due to circumstances including barriers to transferring their certifications, they find themselves needing to pay bills and putting their original vocational calling on hold.

The Agape Vision Fund is funded by company profits and can be utilized by our caregivers for qualified purposes such as returning to school, paying for certification tests, sending their children to school or purchasing their first home.

By choosing Agape In Home Care as your trusted provider, you are not only partnering with us in providing immediate opportunities for the underemployed in our community but also in providing hope for their long-term goals, dreams and vision. 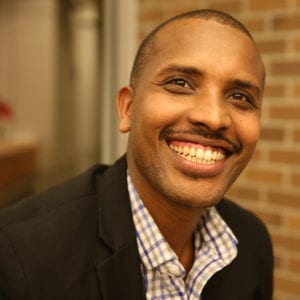 Alexis is the founder of Rwanda Faith Academy which serves 1506 children through 22 staff who teach the children and help them with their relationship with God. In 2006 Alexis met Rich Leatherberry from www.belpres.org

In August 2015, Alexis was forced to leave Rwanda with his family and came to the USA as a refugee. Under the sponsorship of Bel Pres, Alexis obeyed God’s calling to be a pastor serving many refugees and asylum seekers.

Alexis is now the Pastor of New Hope Revival, currently a part of Bel Pres helping to facilitate multi-cultural worship and service as a community. He is using skills he learned while studying Kigali Institute of Management and from being the coordinator of the Arise and Shine Network.

To date, Alexis has been very successful ensuring newcomers to America are settled in their new home. During his short time in the Seattle area Alexis has served many people by helping them find employment. Co-founding Agape In Home Care is a natural extension of Alexis’ heart for God’s children. 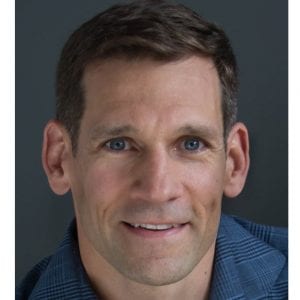 In January of 2018 Tim felt called to visit www.capitaliii.com in person due to their expressed mission of increasing economic, social and spiritual capital through the investments they make. The following Sunday, Rev. Scott Dudley of his home church www.belpres.org was unveiling the new direction for the church and one of the first slides shown stated our goal to increase the spiritual, social and economic well-being of the communities in which we live, work, learn and play.

Not one to put much faith in coincidences, Tim saw this as a calling to listen, pray and stay attentive to what God was calling him to do. Shortly thereafter, at the end of a www.kiros.org meeting, Tim introduced himself to Pastor Alexis whom he recognized as the leader of New Hope Revival. By the end of that brief conversation the basic concepts for Agape In Home Care were given life and both agreed to continue meeting to pursue the ideas.

Despite multiple educational degrees and professional accomplishments that have taken him from Seattle to London to New York and back to Seattle, to date Tim is most captivated not by past accomplishments, but rather in the humbling thought that he is now partnering with the Almighty to bring about a little bit of Heaven on Earth. 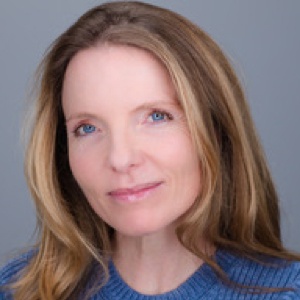 Mindy joins Agape In Home Care as a retired ARNP and successful owner of a companion care business for several years. Her attention to detail and care for the elderly is a great match for the Agape family where she acts as our Manager of Care Quality. She has been an involved community member of the Bellevue area since 1990. Mindy holds a degree in Biology from Boston College, a BS in Nursing from the University of Anchorage, and an MS in Nursing from University of Washington. 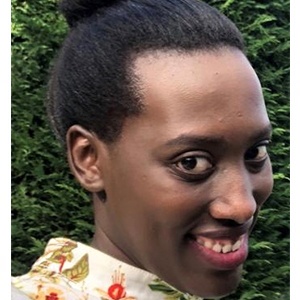 Chantal began her caregiving career in 2008 by caring for her diabetic mother for three years. She realized at that point that God gave her a passion for caring for others and helping them to achieve their goals. She has continued to work with the elderly and disabled while also continuing to pursue her second degree in Accounting. Over the course of her 10 years of caregiving, Chantal has earned, a C.P.R certification, her C.N.A. license, a Dementia Care Certification, and a Diabetes Care Certification.